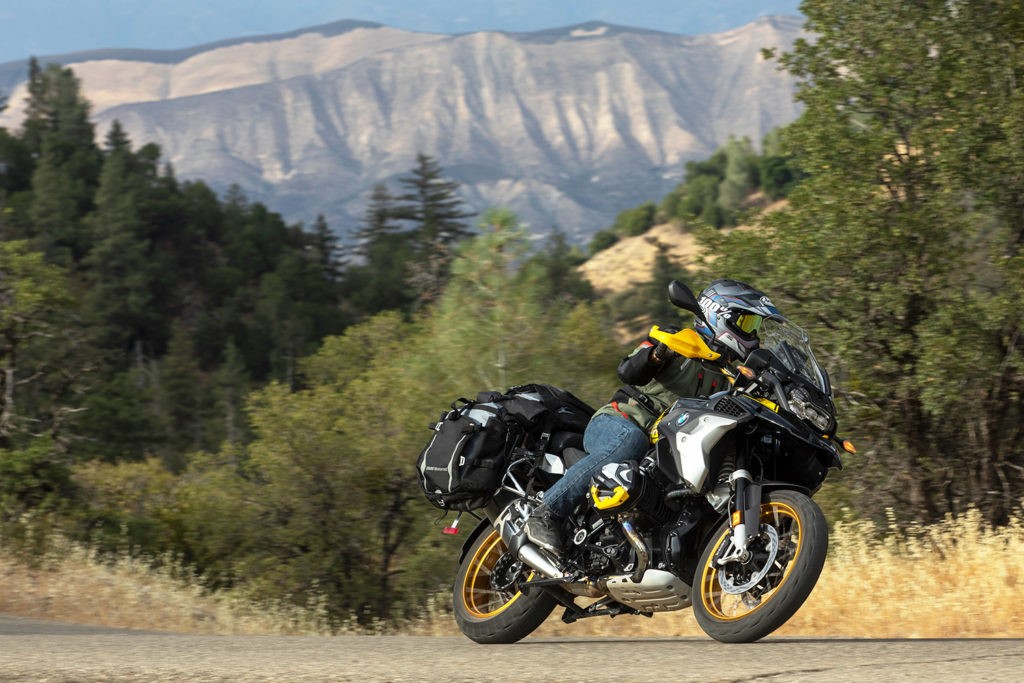 When I first laid eyes on our 2021 BMW R 1250 GS 40 Years of GS Edition test bike, I thought of my Uncle Clive. He had worked for the doomed British Leyland for years before accepting a role with BMW. His garage, once the perpetual home to a gleaming Rover, was now occupied a stunning 5 Series sedan, but it was the new motorcycle, waiting in the shadows, which drew my attention. It was unlike any I had seen before.

The air-cooled cylinder heads of its opposed Twin jutted out brazenly from the sides of the engine cases, protected crash bars. Though it wasn’t a dirtbike, it shared some of the same characteristics, like a long, single-piece seat and a high, fixed front mudguard. Most distinguishing of all, the rear wheel seemed to float in space. Uncle Clive, always ready to explain an engineering feature, eagerly directed me to view it from the other side and began a lengthy monologue on the benefits of a combined single-sided swingarm and driveshaft. The details were lost on me. I was only 12 at the time.

It was 1984. What I didn’t know back then was how bold the path was that BMW had blazed a few years earlier with the R 80 G/S, the first motorcycle that delivered on-road comfort and performance and genuine off-road capability in equal measure. Between 1981 and 1985, the rugged G/S proved its mettle with four wins in the grueling Paris-Dakar Rally and three wins in the Baja 1000. And that single-sided swingarm – then called the Monolever – was lighter, stronger, and less expensive to manufacture than a two-sided swingarm with shaft drive, and it simplified repairs and maintenance.

What I also didn’t know back then was that those two letters – G for Gelande (“terrain” in German) and S for StraBe (“street”), the slash between them soon dropped – would evolve into an abbreviation for adventure long before ADV stickers found their way onto aluminum panniers. Or that, years later, I would watch Ewan McGregor and Charlie Boorman ride R 1150 GS Adventures – descendants of that original R 80 G/S – around the world and be inspired to embark on my own adventures.